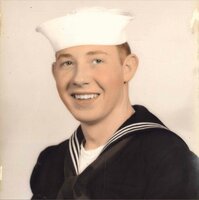 He was born October 6, 1937 in Buck, W.VA to William Lee Thompson and Nelle Lowry.

He is survived by his wife Melinda Howell Thompson of 40 years. Two sons, Wendell Thompson, Vic Thompson, Two daughters, Chris Velle and Tonya Thompson. He is also survived by 2 step children, Marlie Hopkins and Greg Lovelace. Together they have 8 Grandkids and 7 Great Grandkids.

He was employed with North American Aviation, Columbus, Ohio. In 1965 he was transferred to Rockwell International at Kennedy Space Center, Florida. He retired from Rockwell in 1993.

He and his wife moved to The Villages, Florida in 2007 where he enjoyed playing his favorite sports: Tennis, Pickleball and Billiards and loved to Travel.