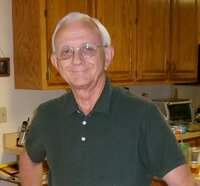 John Francis Brantley Jr., 84, of Ocala, Florida went to be with the Lord on Monday, November 1, 2021. John was born in Bushnell, Florida. He was a graduate of Mississippi State University and began his career in North Carolina as an animal pharmaceutical salesman. Through the years, John pursued careers in a variety of fields that served both his family and community. He was passionate about gardening and nature, and was an avid sports fan. He found joy through dedicating himself to his church in many roles, most recently as a member of Ocala Springs Baptist Church. John was an extremely dedicated father and husband. He is survived by his wife of 58 years, Eleanor Bodenhamer Brantley; daughters, Hope (Steve) Brantley Gilman, Karla (Jody) Brantley Wilson; brothers, Thomas S. (Ruth Ann) Brantley, James L. (Susan) Brantley; grandchildren, Robert (Taylor) Gilman, Matthew (Jen) Gilman, Katie (Jacob) Gilman Kuhns, Rachel Wilson, Julia Grace Wilson; and great granddaughter Sofia Gilman. He is preceded in death by his parents John and Dorothy Brantley Sr., and his brothers Daniel (Linda) Brantley and Roy (Susan) Brantley. In lieu of flowers, memorial contributions may be made to Hospice of Marion County, in appreciation of the dedicated staff, or to Ocala Springs Baptist Church at 5000 NE 36th Avenue Road. Online condolences may be sent at www.hiers-baxley.com. Service information will be announced at a later date.