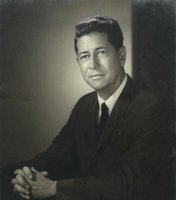 Stephen French Reeves, passed away at his residence on July 31, 2021.  He was born November 22, 1924, in Winchester, KY.  He was the youngest child born to Margaret Moore Sphar and Austin Smith Reeves.  He had 2 older brothers, Asa Sphar Reeves and John Moore Reeves, two sisters, Emily DeGaris Reeves and Elizabeth Gay Reeves.  He attended Winchester High School where he graduated in 1943 and assumed managership of the Sphar farm known as Rotherwood where he lived with his mother and grandmother.  In 1953 he married Elizabeth Tebbs Grapster, they lived at the farm until 1956 when he moved to Mt Carmel, IL to take a position with Sphar Seed Co. which was managed by his brother Asa.  He had 2 children born there, Helen and Stephen Jr.  In 1960 he moved to Ocala, FL and became warehouse manager for Florida Seed and Feed Co.  In 1964 his third child, son Austin was born.  In 1968 he became a real estate salesman with Bill Rodgers Realty.  In 1979 he opened Steve Reeves Realty.  He retired from real estate in 1995.  He was a member of Grace Episcopal Church where he served on the Vestry and as Warden.  He later joined Christ the King Anglican Church.  He is survived by his daughter Helen R Greene, sons Stephen F Reeves, Jr. and Austin Sphar (Karrie) Reeves; 5 grandchildren and 4 great grandchildren.  He is preceded in death by his wife, Elizabeth C Reeves.  A memorial service will be held at 3pm on Monday, August 9, 2021 at Christ the King Anglican Church.  Online condolences may be left at www.hiers-baxley.com