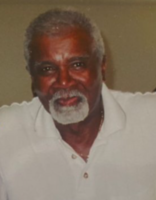 Herman resided in The Villages, Florida for nearly 20 years, but called Danbury and Westport, CT home.  He was the 2nd of 4 generations of Westport residents, where his father started a business in the 1940’s.  Herman was educated in the Westport school system from kindergarten through his graduation from Staples High School in 1955.  He then attended the Engineering Institute of Bridgeport. He was also honorably discharged from the United States Air Force and served in the National Guard.

Herman was in management at United Parcel Services, working in the South New England District for over 30 years, having retired in 1995.

He was predeceased by his parents, John Herman Smith and Jane Thomasina (Dinkins), and sister, Jane “Patsy” Patricia Williams (Smith).

Herman was a devoted husband to and survived by his loving wife of 57 years, Mary Frances (Reid), and proud father to three children: Mark (The Villages, FL), Susan (New Haven, CT), and Scott (Westport, CT) and his wife, Jane (Pertillar).  He was grandfather to Brandon (Philadelphia, PA) and affectionately known as “Afi” by his twin grandsons, Jacob and Joshua (Westport, CT), on whom he doted and were the lights of his life.

Herman was an original member of the Gents and a long time member of the African American Club at The Villages.  He enjoyed his time with the Frogs and Flakes, and the ROMEOs with his neighbors on Lawson Loop.

He was also a collector of baseball hats, an avid golfer and a world traveler.  He and Mary Fran were blessed to have travelled  to over 25 countries together, including visiting all 7 continents.  Though his favorite spots and activities in the entire world were his gardens in Westport, boating on Candlewood Lake, golfing at the Villages, watching the ocean at Daytona Beach Shores and making memories at Disney with the family.

He will be missed terribly.  The family will celebrate his enduring legacy by establishing a scholarship in his name to advance the education and talents of promising youth.  In lieu of flowers, it is asked that contributions are made to that scholarship once it is established or donations are made to another charity that fittingly honors Herman’s kind spirit, generous soul, and full life.

A memorial service is planned for July 10, 2021, at 11am, at Hiers-Baxley Funeral Services, 3975 Wedgewood Lane, The Villages, Florida. A celebration of Herman’s life will also be held in Connecticut in September to allow his and Mary Fran’s many friends and extended family from the Nutmeg state to join in remembrance.