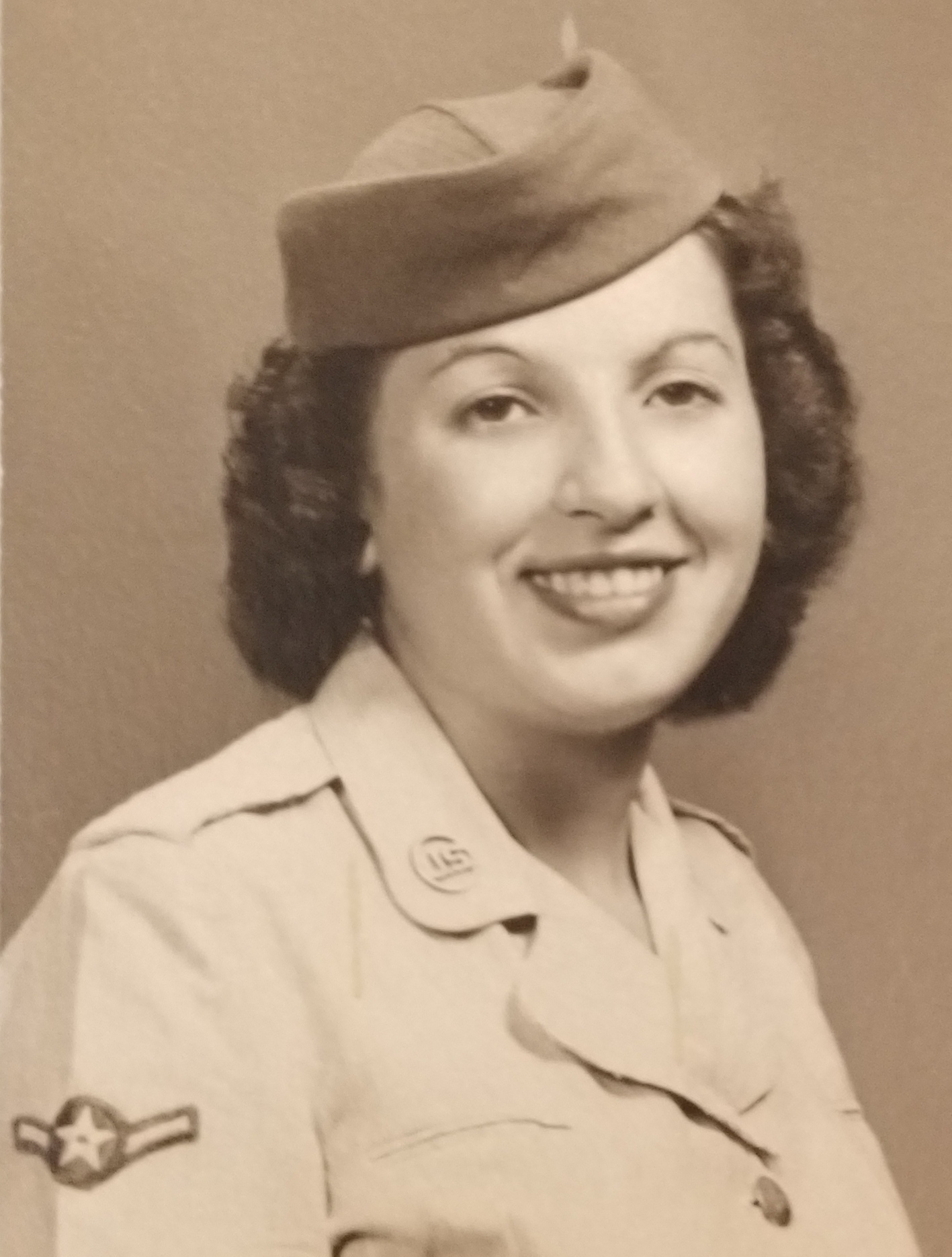 Theresa James, 87, passed away at in Ocala Florida on June 9, 2021 with family by her side. She was born Theresa Delores Vella in Detroit in 1933, one of nine children of Giuseppe and Teresa Agius Vella (both deceased).  She attended Douglas Houghton High School before joining the US Air Force during the Korean War, where she was awarded the National Defense Service Medal. She met her future husband Charles Dow “Chuck” James, Sr., while they both were serving at the Great Falls Air Force Base in Montana. They were married in October of 1953 in Detroit. She received an Honorable Discharge from the US Air Force in November of 1953, and for 20 years, traveled with Chuck to his various duty stations, including Alabama, Japan, and New Jersey. During that time, she and Chuck had six children, whom Terry, as the wife of an Air Force Master Sergeant, had the primary responsibility in raising during his numerous deployments, including to Vietnam.

Terry was a Christian and a patriotic American, but also proud of her Maltese heritage. She was a member of the VFW and the Red Hat Society. She loved playing bingo, and would amaze her family with the number of cards she would play simultaneously. Her kids and Grandkids have many fond memories of family vacations and holiday “get togethers”. Her version of the card game “Hand and Foot” will always be remembered as “Grandma’s Rules” by her family.

Terry will be interred with her late husband Chuck, and nearby her late son Patrick, at Florida National Cemetery in Bushnell, FL on July 9, 2021 at 11:00am. A celebration of Terry’s life will follow at 1:30pm at the Grand Oaks Resort, 3000 Marion County Road, Weirsdale, FL.  In lieu of flowers, a donation can be made to the Alzheimer’s Association (www.alz.org) or Kindred Hospice of Ocala.  Arrangements entrusted with HIERS-BAXLEY Funeral Services-Belleview, 352-245-2424.  Sentiments may be left online at www.hiers-baxley.com.