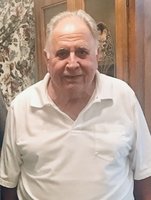 Jerry Henriquez, 90, of Ocala, Florida passed away on January 15, 2021 at Bridgewater Park in Ocala. He was born December 20, 1930 the son of the late Giraldo and Rose Henriquez. Jerry was a native of Tampa, Florida and moved to this area from Key West, FL in 1989. Jerry was a University of Florida graduate, and had a long career as a pharmacist. Jerry loved cars, music, fishing and boating, and he enjoyed working on model cars and model railroads.

Jerry is survived by his loving wife, Martha; his two daughters, and his three grandchildren. He is preceded in death by his parents.

A graveside service for Jerry will remain private for the family.