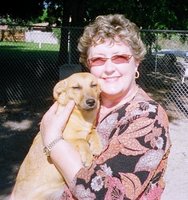 Sandra Carol Westergard, 74, passed away in peace at home in McIntosh, Florida on Monday, August 31, 2020. She was born in Port Arthur, Texas and due to her father’s position in the U.S. Navy, lived In many places in the continental U.S. and Hawaii. Her parents and her brother, Thomas Lyons, predeceased her. She will be missed by her loving husband, Terry Westergard, daughters Dawn Weaver and Heidi Inder, and their families. Sandy and her girls moved to Marion County from Gainesville in 1975 when she married Terry and built a sweet life together at South Shore Fish Camp on Orange Lake. Sandy worked as an Office Manager for the University of Florida, spending most of her time with the Department of Surgery at Shands. She was a Gator fan through and through, and retired after over 35 years with UF. She worked in some interesting offices, including the office of Dr. Cade, who was on the team that invented Gatorade. She also worked for Dr. Woodward, who was a pioneer in gastrointestinal surgery. She was an active member of the American Business Woman’s Association and Toastmasters of Gainesville. It’s been said that she was the first woman to speak in this chapter of Toastmasters. Sandy was also her daughters’ most ardent cheerleader in their sporting and band activities. She loved collecting and dealing antiques and together with her husband took many fun picking trips. In lieu of flowers, the family suggests donating to Hospice of Marion County or the Alzheimer’s Disease association of your choice. The family thanks the Hospice West Team and caregivers, Joanie Treadway and Babette Wilkins for their incredible support. A service will be held at a later date.