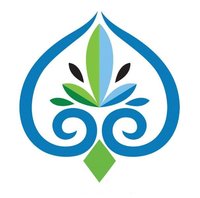 Ronald J. Burg, age 84, of Summerfield, FL passed away at the Ted & Diane Brandley Hospice House, Hospice of Marion County, Summerfield, FL on Thursday, October 31, 2019.  Ron was the husband of the late Genevieve (Genie) Burg who preceded him in January 2016.

Born in Philadelphia, PA he was the son of the late Harry and Suzanne Burg.  Prior to his retirement Ron was a Sergeant for the Borough of Wildwood Crest, NJ Police Department.  He and Genevieve owned and operated two motels in Wildwood Crest.

A memorial service will be held on a date still to be determined at the Hiers-Baxley Funeral Services, 1511 Buenos Aires Blvd., The Villages, FL 32159.  Condolences may be left at Hiers-Baxley.com.  Donations may be made to the Ted & Diane Brandley House (Hospice of Marion County).