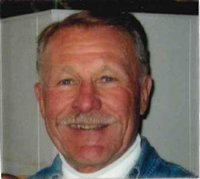 Joseph Robert McLaughlin, 77, of The Villages, Florida passed away on Saturday, July 27, 2019. He was born in Boston, Massachusetts and raised in Winthrop by late Margaret and Walter McLaughlin. He graduated from Boston College with a Master’s Degree in Engineering. Joe was a proud veteran and served in The United States Marine Corps.

Joe was employed at Raytheon Company and Youville Hospital in an engineering capacity. He and his wife after retirement moved to The Villages, Florida. They were snowbirds for 12 years and recently became year round residents. Favorite activities were golf, leather crafting and spending time with friends.

In honor of Joe’s wishes, burial will be private.